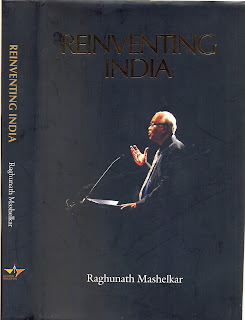 Sa'id al-Andalusi, a leading natural philosopher of the eleventh century Spain, which was then under Arab rule, wrote in 1068 CE, in his “Kitab Tabaqat al-'Umam”, (See “Science in the Medieval World—Book of the Categories of Nations”, By Said Al-Andalusi, English Translation: Sema`an I. Salem, Alok Kumar, University of Texas Press, 1991) about the contributions to science of all known nations.
He said, “The first nation (to have cultivated science) is India. This is a powerful nation having a large population, and a rich kingdom (possession). India is known for the wisdom of its people. Over many centuries, all the kings of the past have recognized the ability of the Indians in all the branches of knowledge.”
Further, “The kings of China have stated that the kings of the world are five in number and all the people of the world are their subjects. They mentioned the king of China, the king of India, the king of the Turks, the king of the Furs (Persians) and the king of the Romans. They referred to the king of China as the ‘king of humans’ because the people of China are more obedient to authority and are stronger followers of government policies than all the other peoples of the world. They referred to the king of India as the ‘king of wisdom’ because of the Indians’ careful treatment of ulum (sciences) and their advancement in all the branches of knowledge”. Science (ulum), as used by Sa'id and other scholars of that period, is a broad term covering virtually all aspects of human knowledge.
The point to be noted in the above quotation is not on India being “the first nation to cultivate science.” It is on the fact that European scholars, as late as the eleventh-century, thought India as a leader in science and technology.
Eight hundred years later, Thomas Babington Macaulay in his infamous minute on Indian education, said “who could deny that a single shelf of a good European library was worth the whole native literature of India”!
However violently one might disagree with this assessment, it is a fact that India was not looked upon as a source of science, technology and innovation by the rest of the world during and immediately after the colonial period. Clearly from an innovator and leader, India had fallen far behind and become a receiver and a me-too in the advancement of science and technology.
In the 70s and 80s we were all brought up on a steady diet of “import substitution”, reverse engineering, “adapting advanced technology to the needs of the developing world” ad nauseam.
How it is then, in the 21st century, the situation seems to have changed in global perception? Today as Mashelkar points out in his collection of writings and speeches, “Reinventing India”, India is a very important part of the global knowledge network. Indian researchers are being sought after by global corporations.
Considerable amount of Indian talent migrated to North America and Europe in the 60s and 70s, filling the ranks of: NASA; Bell Labs; Silicon Valley; National Institutes of Health and the global health care system and pharmaceutical industry; Wall Street and of course global academia. However, today at the last count by Mashelkar, 760 global companies had set up their R&D establishments in India employing over 160,000 Indian researchers. To top it all, recently the Financial Times spoke about India as a hub of manufacturing driven by its own “Frugal Engineering” (see ‘The New Trade Routes’, Friday, May 20, 2011, FT Special Reports) signifying that a new culture in innovative science and technology is percolating to the shop floor and market place as well.
This is a remarkable re-emergence of India in the global knowledge networks.
Mashelkar’s book chronicles this re-emergence; cheer leads it; brands it and markets it, in an inspirational way, like nobody else could. Anybody who has heard him speak on the subject finds the evangelist in him compelling, irresistible and motivational. Even die hard sceptics and naysayers, of which we have a plenty in India, will find narration of his own life’s journey from the poverty stricken chawls of Mumbai to the pinnacles of R&D management and policy making, hard to resist.
Many readers might find several themes repeated or often recycled with a new spin in his speeches and articles collected here. But a cardinal mantra of brand building is, ‘spell out the differentiator of the brand clearly and hammer it repeatedly and relentlessly in all your internal and external messaging’. Mashelkar does it to a ‘t’.
One blemish in the otherwise well produced book is poor copy editing. For example, on page 8, a sentence, “24 July 1995 marks the day on which India started to reinvent itself” appears as a separate paragraph with no connection to the previous one or the subsequent one, puzzling the reader about its significance.
Many of Mashelkar’s messages regarding India having the potential to become a platform for global R&D, have become passé in the 21st century. The world has recognised the worth of Indian talent. And Indian talent has recognised the worth of its ideas in the market place. However, it should be remembered that Mashelkar stood out alone as an articulate dreamer and inspiring speaker in the uncertain ‘90s.
Today the geo-political discourse has changed from ‘potential of India’ to the ‘rise of India’. Of course, one would still consider Obama’s remark that India has ‘already emerged’ as an American excess. In the ‘90s, Mashelkar looked amazingly naïve but uplifting but today his messages are a given. Hence the ideas in “Reinventing India” are worth going over again keeping the dates and context in mind.
Posted by Shivanand Kanavi at 9:45 PM 1 comment:

Bridging the Digital Divide in India 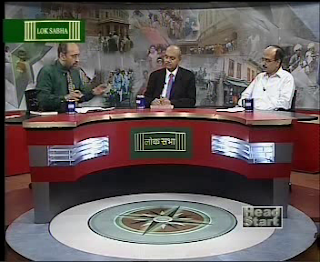