Catalyst without compare
The University Department of Chemical Technology (UDCT), Bombay, is justifiably described as the brain behind the Indian chemical industry
Shivanand Kanavi 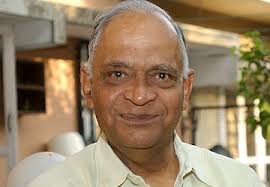 Wandering the corridors, the labora­tories and library at the University Department of Chemical Technology one encounters some unusual sights for an academic institution. You might find Dr Gharda of Gharda Chemicals poring over the latest chemical abstracts in the library, or Rajeev Pandia, managing director, Herdillia Chemcials, lecturing in a classroom or, some other industrialist conferring with UDCT director, Prof M.M. Sharma, fishing for ideas for new projects. All testimony, if any were needed, to the fact that UDCT truly qualifies to be called the brain of the Indian chem­ical industry.

The UDCT, housed in an innocuous grey sand­stone building in Matunga, a suburb of Bombay famous for its Udipi restaurants, is a truly world class centre of excellence in chemi­cal engineering. It has provided technical man­power to industry, spawned entrepreneurs, provided highly valued industrial consultancy" while at the same time actively participating in the formulation of government policy on the chemical industry. Besides, it does world-class research.

If this sounds like an exaggeration, then a visit to UDCT and a session with Prof Sharma would dispel that impres­sion. Prof Sharma, a product of UDCT and Cambridge, an international author­ity in chemical engineering and the first Indian engineer to be made a fellow of the Royal Society of the UK, typifies the UDCT spirit. Having been on umpteen corporate boards, he speaks eloquently about the problems and prospects of the Indian chemical industry. With equal felicity he speaks of global trends; after his stint at Du Pont, US, as a consultant for a year, the company was so dazzled, That they admitted to another well-known Indian chemical engineer that they needed several specialists to comprehend all that Prof Sharma talks about.

Prof Sharma pioneered the study of multi phase chemical reactions, that is solid-liquid, liquid-gas, solid-liquid-gas and so on, leading to scientific reactor design. The two volumes on the subject he co-authored have become standard ref­erences internationally. His work on microphases is one of the few genuine Indian contributions to chemical engi­neering. He has been on a number of com­mittees to advise the government on policy matters for the last 30 years.

Set up in the thirties to assist the textile industry, UDCT became a unique centre for the study of chemical engineering at a time when the field was not even taught in Europe. Today, besides imparting world class training in chemical engineering, UDCT has very active departments in food and fermentation technology, dyestuffs and intermediates, paints, plas­tics and polymers, textile chemistry and fibres, oils and fats, flavours and per­fumery, pharmaceutical technology and pharmacy, besides science departments.

Its graduates, post-graduates and PhDs occupy key positions in the Indian chemical industry and a large number are to be found in international chemical giants like Dow, Du Pont, Shell, Mon­santo, Merck, Amoco, etc. Due to its pio­neering nature and reputation as a centre of excellence, UDCT has had consider­able autonomy of operation. But being formally tied to Bombay University slows down the pace of curriculum change, which is essential if it must keep up with industry's rapidly evolving requirements. Now moves are afoot in the University to make the department for­mally autonomous, which would quicken the pace of change.

The most exciting frontline work being done at the department of chemical engineering is in Prof J.B. Joshi’s laboratory. He has been studying what goes on inside a chemi­cal reactor using lasers. For a chemical reaction to take place fast enough and give good yields the critical fac­tors are the concentra­tion of reactants, pressure, temperature and the catalyst. How­ever, what is important for a chemical engineer involved in reactor design is the way the reactants come in contact with each other or, in lay terms, the way they are mixed. Normally in a liquid-liquid or solid-liquid reaction, mechanical mixers called agita­tors or impellers are used. In liquid-gas and liquid-liquid reactions one can also be sprayed into another. Another tech­nique used in gas-liquid and gas-liquid-­solid reactions is 'sparging' or bubbling the gas.

The mixing is limited by factors like actual surface area of contact between reactants, which needs to be increased while suspension of the catalyst has to be critically controlled. Too little suspension of the catalyst may slow down the reac­tion while too much agitation can lead to loss of expensive catalysts. One also needs to have more or less homogenous mixing to avoid hydrodynamic stresses. This requires precise knowledge of turbulence caused by any particular type of mixing. Normally a large part of impeller design is done by conventional wisdom developed through trial and error.

Prof. Joshi, how­ever, constructs scaled down glass reactors of 25 to 100 litre capacity in his lab. When the mixing is going on he shoots a laser beam that is split optically to produce two coherent sources. They are then focused at a point within the reactor. The normal pattern of interference fringes formed by the beams is disturbed due to motion of the fluid at the point. If the interference pattern and the scattered light is studied then there will be frequency shifts in the scattered light depending on the velocity of the fluid at the point due to the well-known Doppler effect. This technique is called Laser Doppler Anemometry.

By knowing the distribution of turbu­lence all over the reactor and studying it as a function of impeller design, he comes up with the appropriate design for any particular process. The study of turbu­lence using lasers has led to a rich exper­tise in Joshi's team and newly designed reactors have been installed in Bombay Oil Industries, Chemo Pharma Labs, Indian Organic Chemicals, Hico Prod­ucts, Jaysynth Oil Mills, etc, and the tech­nology has been transferred to Reliance Heal Transfer for manufacture. This expertise along with the computer soft­ware developed is unique and sought after internationally. Soon he has plans to develop a total package for reactor impeller design.

While many drug manufacturers have been worried about the effect of the prod­uct patent regime in the post-Dunkel era, Prof V.M. Kulkarni in the pharmaceutical technology division is unfazed. Operat­ing under a soft patent regime, the Indian drug industry has not invested in the dis­covery of new drug molecules. Thus he did not find many takers for his passion for drug designing. But now things have changed and money is pouring in. Dr Reddy's Laboratories have given him sophisticated computers and expensive software worth nearly Rs.30 lakh to design new drugs. He is extremely confi­dent about the prospects of India becom­ing a major player in drug designing due to the availability of highly skilled and inexpensive manpower. There are many such technology stories in UDCT's rather modest labs.

Prof. Sharma has no time for controver­sies over basic vs. applied science. His method of work seems to be to take up problems relevant to industry, look at the more basic aspects of the problem, solve them at a high theoretical level, generate ideas, check them out on a laboratory scale and then advise the industry. There is a culture in UDCT of faculty members doing academic work of a very high stan­dard while solving problems relevant to the industry.

For example, Prof J.B. Joshi has been doing internationally acclaimed research work even while earning the highest con­sultancy fees in Bombay University. When asked about the rationale of a ceil­ing of Rs.4.5 lakh on consultancy fees imposed by the University when a third of it goes to the cash-starved University, Joshi says, "It is prudent to have some sort of ceiling because after all my first commitment as a teacher is to my students Also, rightly, we cannot use university facilities like labs, etc, for consul­tancy work. After all if my sole aim was making money, then I would not have joined academia!”

With this kind of utilitarian culture it is not surprising that many of UDCT"s alumni and even ex-faculty members arc successful businessmen. Dr Keki Gharda of Gharda Chemicals, Dr Anji Reddy of Dr Reddy's Labs, Mukesh Ambani of Reliance, I.A. Modi of Cadilla, the three Parekh brothers of Pidilite, R.M.Kedia of Kedia Chemicals, Dr K.V. Mariwala of Bombay Oil Industries, Nikhil Meswani of Reliance Petro, Dr Atma Gupta of Armour Polymers, V.G. Rajadhyaksha of Hindustan Lever, and J.M. Nadkarni of Bombay Paints are just a few names that come to mind. The full list is extremely impressive and also includes a large num­ber of small scale industrialists. The alumni have also been generous towards their alma mater in cash, chemical sup­plies, scholarships and endowments. No wonder, UDCT's diamond jubilee this year will be proudly celebrated by the Indian chemical industry.
Posted by Shivanand Kanavi at 1:02 PM No comments: