Raju Vasanthraj: Man of many parts 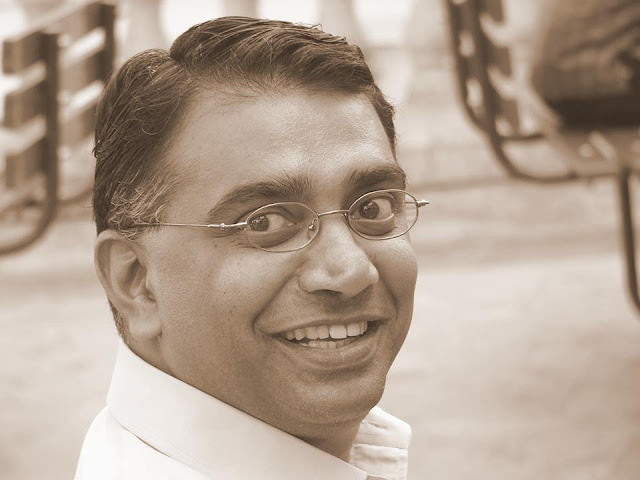 My dear friend Raju Vasanthraj ( Rv Raj on Facebook) shocked all with his sudden passing away yesterday (March 9, 2016). Looking back at his text messages from Beijing only two months ago and all the conversations we had it looks unreal that he is no more with us !
A voracious reader, alumnus of Oxford and Berkeley. He was on the outside shockingly hawkish and sectarian but inside always going out of the way to help many. The twinkle in his eyes never let out whether he was a genuine hawk or was just pulling your leg for shock value.
A real backroom boy and undertook many quiet missions in both Dr Man Mohan Singh's PMO for the Knowledge Commission and now with the present PM, in the strategic area with NSA but he always did it all pro bono, as service to the country. He took his projects seriously and did all the necessary research and legwork tirelessly but never hankered for the lime light.
Rubbed shoulders with many high and mighty in business and finance and later politics and even International leaders but he was equally affable and down to earth talking to a man on the street or his driver.
He had a vast collection of books on history, philosophy, strategic studies and many other subjects. He greatly welcomed the onset of ebooks since it saved him the library space and soon had a veritable collection of ebooks. Whenever he liked a book he would lend it to me generously. Or if I was looking for a particular one he would use all his contacts here and abroad to procure it.
He was a foodie and introduced me to many a gem in the bylanes of Mumbai, Bengaluru and Chennai. But he was a fantastic cook too. Especially south indian savouries. Once he presented my wife Radhika with his Thatte and Khara Boondi and completely floored all of us with its incredible quality. He was in the process of writing a cookbook of authentic Tam-Brahm food. He had already edited an Ayurvedic Cookbook written by someone else.
I tried many times to induce him to translate his vast erudition into writing. But I was successful only once. True to his mischievous self he signed it off with a pseudonym " Shaniyan" (:-).
He had also been recently convinced by a well known publishing house in UK to research and write a book on the history of global reach of Tamil entrepreneurs since the ancient times.
He leaves behind a young family and my heart goes out to them.
May he rest in peace.
--Shivanand Kanavi
Posted by Shivanand Kanavi at 9:41 PM 3 comments:


There are many sides to the story of email. In fact there is another Indian who pioneered email communication in 1972 (before Ray Tomlinson or Shiva Ayyadurai) while working on the Arpanet at MIT with File Transfer Protocol FTP (RFC 114) Abhay Bhushan.

This 'controversy' reminds me of a quote by Paul Baran (who first articulated packet switching --the basis of Internet, in 1960-62 at RAND):
“The process of technological developments is like building a cathedral. Over the course of several hundred years: people come along, lay down a block on top of the old foundations, saying, ‘I built a cathedral.’ Next month another block is placed atop the previous one. Then a historian asks, ‘Who built the cathedral?’ Peter added some stones here and Paul added a few more. You can con yourself into believing that you did the most important part, but the reality is that each contribution has to follow on to previous work. Everything is tied to everything else. Too often history tends to be lazy and give credit to the planner and the funder of the cathedral. No single person can do it all, or ever does it all.”
—PAUL BARAN, inventor of packet switching
Baran’s wise words sum up the pitfalls in telling the historical story of technology. Individual genius plays a role but giving it a larger-than-life image robs it of historical perspective.
In India, there was a tradition of collective intellectual work. Take, for instance, the Upanishads, or the Rig Veda; no single person has claimed authorship of these works, much less the intellectual property rights. Most ancient literature is classified as smriti (memory, or, in this case, collective memory) or shruti (heard from others). Even Vyasa, the legendary author of the Mahabharat, claimed that he was only a raconteur. Indeed, it is a tradition in which an individual rarely claims “to have built the cathedral”.

Posted by Shivanand Kanavi at 8:46 PM No comments:

Ray Tomlinson: The man who put @ in your email

The man who put @ in your email 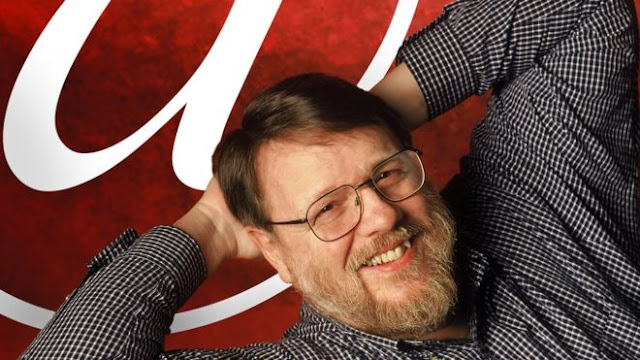 On Saturday March 5, Ray Tomlinson 74, one of the inventors of email, passed away. RIP

"A form of email was already known to users of time-sharing computers, but with Arpanet coming into being, new programs started popping up for sending mail piggyback on File Transfer Protocol. An email program that immediately became popular due to its simplicity was sendmsg, written by Ray Tomlinson, a young engineer at Bolt Beranek and Newman (BBN), a Boston-based company, which was the prime contractor for building the Arpanet. He also wrote a program called readmail to open the email. His email programs have obviously been superseded in the last thirty years by others. But one thing that has survived is the @ sign to denote the computer address of a sender. Tomlinson was looking for a symbol to separate the receiver’s user name and the address of his host computer. When he looked at his Teletype, he saw a few punctuation marks available and chose @ since it had the connotation of ‘at’ among accountants, and did not occur in software programs in some other connotation".
(From Sand to Silicon: The amazing story of digital technology by Shivanand Kanavi, Rupa & Co 2007).
Posted by Shivanand Kanavi at 8:42 PM No comments: